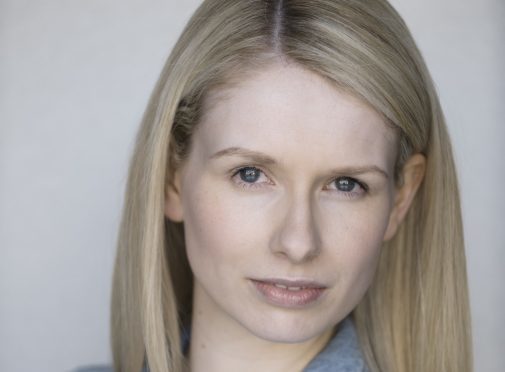 We are delighted to announce that our Chieftain at this year’s games is Lorna Craig.

Lorna is from Perth and is a well known award winning actress, having played many roles on stage, film and television. She has appeared in five films to date, working with stars such as Frankie Boyle, Greg Hemphill, Julie Wilson Nimmo, Gordon Kennedy, Alex Norton, John Michie, John Gordon Sinclair and Paul Higgins.

Lorna was crowned Best New Scottish Actor or Actress at the Scottish Variety Awards. Shell was awarded the Best Short Film accolade at the London Film Festival with Lorna playing the title role. She has played leading roles in BAFTA nominated films Trout and Gasping. Lorna has been nominated for Best Lead Actress at The International Horror Hotel Film Festival.

Her stage work has seen her perform throughout the country, appearing in venues in Perth, Edinburgh, Glasgow, Manchester and London.

In addition to playing the part of Jennifer Bowie on River City on BBC TV, she has also appeared in ‘Taggart’ (being the last ever person to commit a murder on the long running drama), ‘Dani’s House’ and portrayed the title character in ‘Stacey Stone’. Some of her recent roles include starring in Greg Hemphill’s horror/comedies ‘West Skerra Light’ and ‘Long night at Blackstone’.