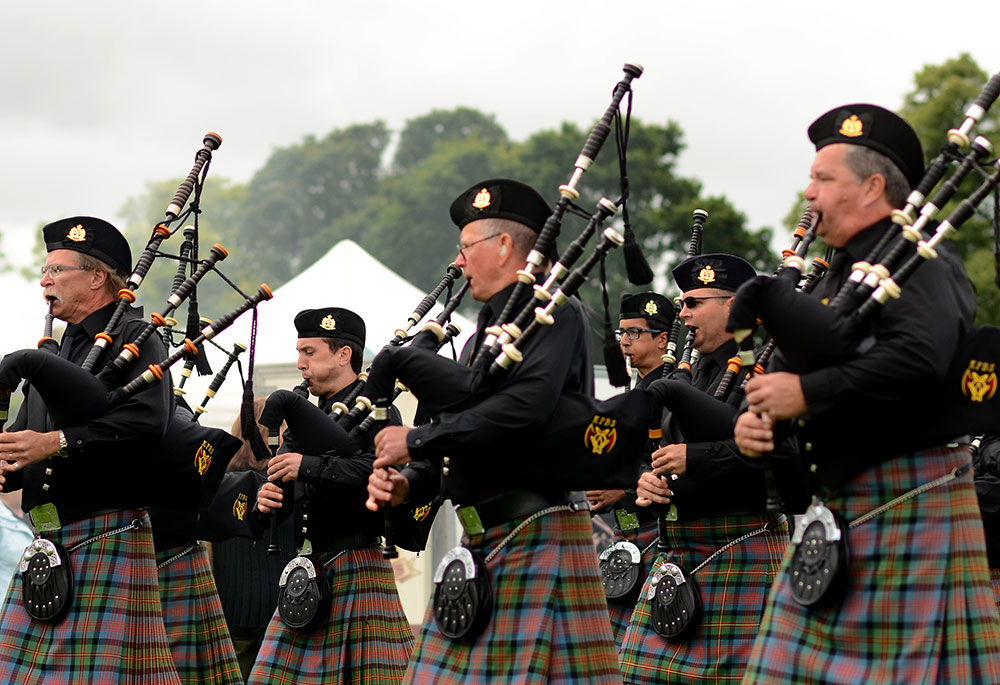 The music played by pipe bands generally consists of music from the Scottish tradition, the Irish tradition and the Breton tradition, either in the form of traditional folk tunes and dances or music from the Western tradition that has been adapted for pipes. Examples of typical pipe bands forms include marches, slow airs, up-tempo jigs and reels, and strathspeys. In conventional pipe band music, each section of instruments has a different role in the music. The bagpipers are responsible for providing all of the melodic material in the music.

Generally speaking, all of the pipers play a unison melody on their chanters, with their drones providing the harmonic support and filling out the sound. These unison melodies are often quite complex and demanding. It is this complexity that provides much of the musical interest. The snare drummers provide a rhythmically interactive accompaniment, while the tenor drummers provide the fundamental rhythmic pulse and the bass drummer anchors the rhythms, providing a strong and steady beat. 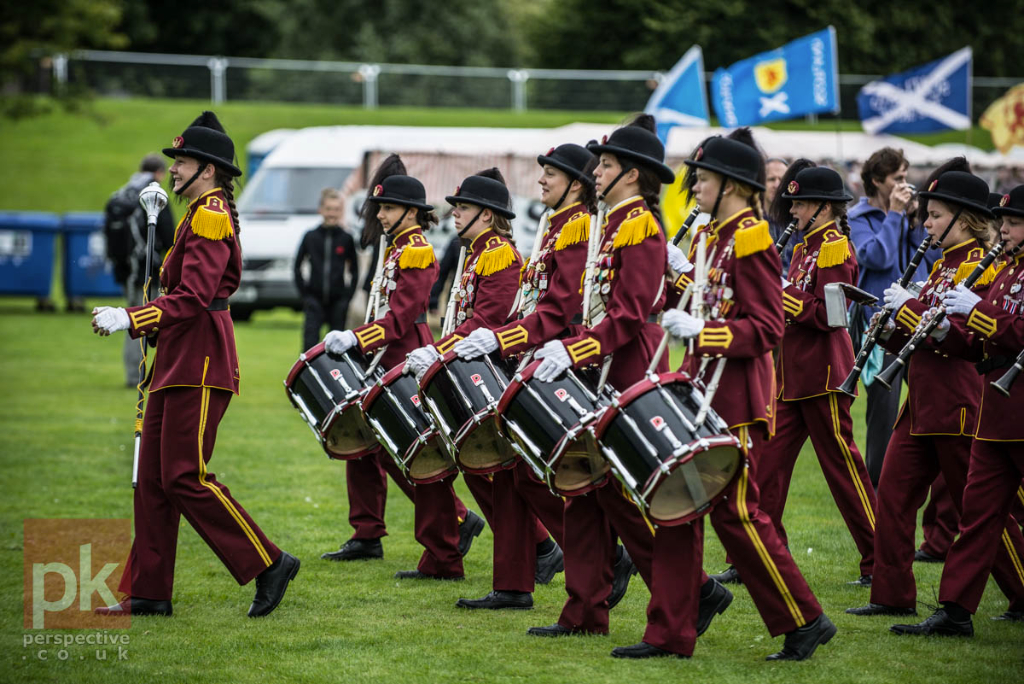 Pipe bands are a great attraction at Highland Games, especially with foreign tourists, and bands come from all over the world to compete at Highland Games. As well as having European pipes and drums perform at Perth, bands have also come from Canada, USA, Australia, New Zealand and Oman.

The contest at Perth is organised under the Rules of the Royal Scottish Pipe Band Association, and with financial support from Perth Common Good Fund. The pipe band events at Perth are held in a separate arena (or arenas when a large number of bands are taking part) from the main arena, which is constructed in accordance with R.S.P.B.A rules and regulations.

There is a further attraction when the Drum Majors from competing bands show off their skills in the main arena. This can be split into adult and juvenile categories. The games are brought to a spectacular close, with the massed pipe bands performing in the main arena, which is one of the most popular attractions of the day.